So June marks the official start of summer or some shit, and with that comes all that cool shit that I like to do in the summer... like stay indoors out of the shitty sun and shitty heat and watch shit on TV.

Nowadays I spread the wealth around a vast array of films that I have collected in a vast array of ways. (cough)... But there was a time that summer TV watching meant lots of late night Time Life infomercials, Ricki Lake, and of course American Gladiators reruns. I'm not sure what it was about that show... maybe that it was just easy to ignore while I was pining away for some chick that was ignoring me, but it was a regular, and still makes me think about summer vacation.

Well, all of this babbling is just a roundabout way to 1) make it seem like I am writing more than I actually am, and 2) introduce a new little series of films for me to review (or probably not review if my track record holds true) starring (or at least featuring) a particularly massive-maned man I once knew as Malibu. Now I can combine my summer TV laziness with my current viewing habits and share my feelings on some Deron McBee movies with you, my loyal handful of subscribers!! Thanks to The Gentlemen's Guide to Midnite Cinema, I realized that Malibu just wasn't a dude that was really good at shooting tennis balls at people and bludgeoning with oversize q-tips, but an actor in quite a few movies... even starred in a couple... and most just seem right up my alley. I'll be discovering literally ALL of this as I go along.

I can't guarantee all will be starring roles, but if Malibu is entertaining, it's gonna get talked about, bitches.

Maybe the tough tits will be enough for me to actually post more than three times in a month and get my subscribers to a more respectible level like 70 or 71!

A man can dream. Well, I saw this McBee piece and hit subscribe as your 70th follower, so your ploy worked. That still with Deron in the sleeveless tux is from Immortal Combat, maybe McBee's most balls out tough tits performance (if you can wrap your head around that). I actually mentioned it on GGTMC (via an email read by the gents). Oh yeah, it stars Roddy Piper and Sonny Chiba. Maybe you've already seen it. I dunno.

Hey man I appreciate it. Immortal Combat is actually e film that inspired this little theme

Now if only I would actually fucking write something.

I know at least one person cares now, so it may be time to dust off the old keyboard for the 300th time

Great write-up. He was excellent in the movie The Killing Zone...hilarious mullet and acting style. 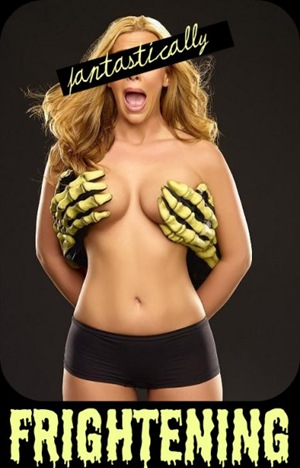